Skykit was recognized with an award in the “small & growing” category

The 19th annual Tekne Awards, held November 29 at the Minneapolis Convention Center, honored companies and individuals who have played a significant role in developing new technologies that positively impact the lives and futures of people living around the world.

Skykit, the first and only end-to-end Google-based digital signage solution, took home the award in the Software – Small and Growing category. Agosto was also a finalist in the IT Solutions Consulting category for its work helping private and public sector organizations seamlessly transition to Google Cloud Platform (GCP).

Skykit lets users distribute content to any screen, anywhere in the world, using a powerful browser-based CMS built on the Google Cloud Platform. Users can control, collaborate, and share content to any number of displays from Google Drive and Apps. All you need is Skykit, a screen, a Chrome Player and your content. There is no maintenance and nothing to install, ever.

“We have an incredible technical team that built Skykit and earned this Tekne award,” said Irfan Khan, CEO at Agosto. “The simplicity of Skykit is a huge value to companies of all sizes, as is its scalability for the enterprises that use it.”

“This year’s Tekne Award winners exemplify the diversity and strength of Minnesota’s innovative economy,” said Margaret Anderson Kelliher, president and CEO of the Minnesota High Tech Association. “The selected organizations all continuously challenge the status quo of the science and technology industries, and we were proud to honor them in this ceremony.”

Skykit is a born-in-the-cloud digital signage software platform designed for infinite scalability.  Easy to manage through a browser on any device, users can control, collaborate, and update content in real-time on any number of displays, anywhere in the world.

Skykit has seamless integration with Google Drive and Apps, and lets users create content in the applications they already know and love. Skykit was launched in 2016 by Agosto. To learn more, visit www.skykit.com. Follow: Twitter | Google+ | Blog.

Agosto is one of the largest Cloud Platform Partners globally and was named Google Global Partner of the Year for Cloud in 2013. The company has been included in the Inc. 500 | 5000 four times.

Headquartered in Minneapolis, Minn., and with offices in Toronto, Ontario, Agosto’s clients include 1-800-Got-Junk?, the State of Wyoming, Unilog, Groupon, Jaguar Land Rover, and the Library of Congress, among others. For more information visit www.agosto.com. Follow Agosto: Twitter | Blog | LinkedIn.

MHTA is an innovation and technology association united in fueling Minnesota’s prosperity. We help bring together the people of Minnesota’s technology ecosystem and lead the charge in directing technology issues to Minnesota’s state capitol. MHTA is the only membership organization that represents Minnesota’s entire technology-based economy.

MHTA members include organizations of every size − involved in virtually every aspect of technology creation, production, application and education in Minnesota. Find out more online at https://www.mhta.org or follow MHTA on Twitter at https://twitter.com/MHTA.

Any forward looking statements are based on certain assumptions and assessments made by us in light of our experience and perception of historical trends, current conditions and expected future developments. 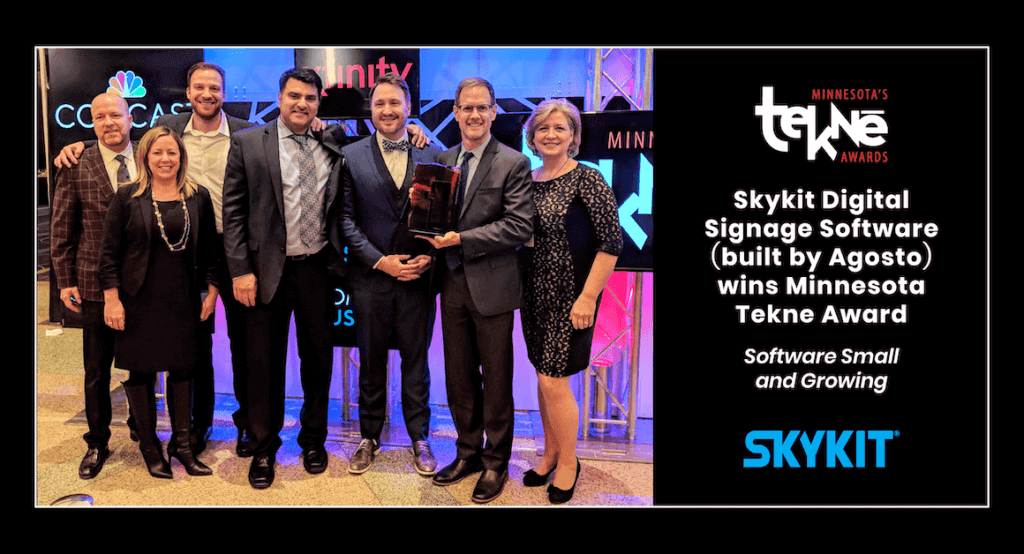